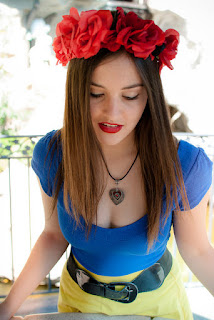 When I first got involved with DisneyBounding, it was Halloween 2012. I wanted to dress up as Snow White, but didn't want the full on fancy dress. I decided to take a stab at DisneyBounding, searching through my closet to see what I already had, and what I might need to purchase to finish the look. I was surprised with how well everything was pulled together, and to this day it's one of my favorite DisneyBounds I've ever put together.

I've done a couple varieties of this DisneyBound, wearing it at home for Halloween, Walt Disney World during my college program, and in Disneyland for a photoshoot with my lovely friend Courtney.

This DisneyBound is probably one of the most common outfits, but that's probably because it's rather simple. As long as you can put together an outfit that includes yellow, blue, and hints of red, you're set!

Here are the various pieces that I've included for the different versions of the Snow White DisneyBounds I've put together in the past! 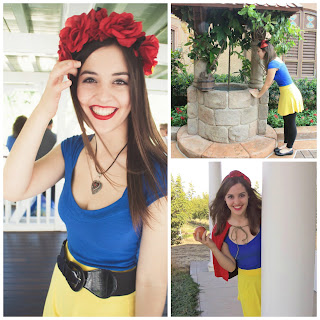 
What are some of your favorite DisneyBounds?

My lovely friend Raisa came to visit the other weekend, and we filmed a few collab vlogs together! This one is all about our experience vlogging during the Disney College Program. Feel free to film your own video and comment below so we can see it and learn about your channel!

1. What is your vlog's name and why did you call it that?
2. Did you start vlogging before of after your college program?
3. What DCP vloggers inspired you to vlog?
4. How consistent were your uploads?
5. What type of camera/editing program do you use?
6. How long does it take for you to edit a video?
7. Do your family and friends enjoy being filmed?
8. What are some of your favorite videos?

We also filmed a video on Raisa's channel called The Disney College Program Tag! Make sure to check it out!

To see my other videos, as well as subscribe to my channel, head over to my Youtube Channel! 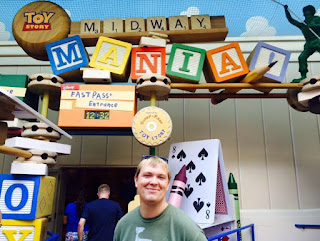 Zachary was kind enough to share his experience working at one of the most popular rides in the Walt Disney World Resort during his Disney College Program!

What role did you have during the DCP, and where did you work?

I was attractions at Toy Story Midway Mania at Disney’s Hollywood studios. During my program I also had shifts working Fantasmic, Frozen fireworks, Osborn Spectacle of dancing lights, and Star Wars fireworks.

What was a typical day like at work?
As a CP I had almost completely all closing shifts. About halfway through my program they put our attraction in charge of clearing the park at the end of the night so I could be scheduled up to two hours after park close. I mainly had 6 hour shifts along with some longer ones thrown in. Working at Toy I would rotate through the different positions required to operate the attraction and also some extra ones like Fastpass kiosk.

Is this the role you originally wanted? If not, are you happy you got it?
Attractions was my top role when I applied, I was also interested in the hospitality roles but those are really hard to get. 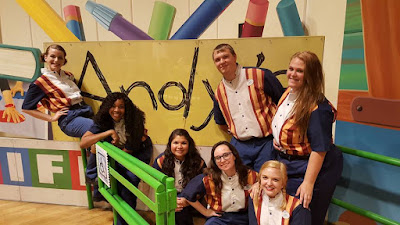 Any specific magical moment you want to share?
Toy story is one of the few attractions that anyone can ride at Disneys Hollywood studios. We had one ride vehicle that was able to transform so that people in a wheelchair could ride. It was always great to see those people coming back in after riding through and the smiles on their faces.

What made you want to do the DCP?
I have known about the college program since high school and have always wanted to participate in it. I saw it as a way to get down to Florida and experience a semester down there. As a hotel, restaurant, and tourism management major it was the perfect opportunity to get experience working for one of the largest companies in the industry. 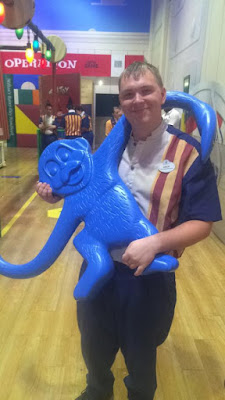 Is there something you wish you would have known before doing your program?
I wish I had looked into the location of CP housing more. I wish I had known what restaurants were around and also where the closest grocery store was before I came down.

What advice would you give to those who want to participate in your role?
Attractions is an interesting role, prepare to get people complaining and yelling at you for things that are out of your control. Many people do not understand how to use the Fastpass+ system so prepare for answering a lot of the same questions.

What advice would you give to people who are interested in doing the DCP?
If you have a car bring it! I did not have one and relied on transtar. Transtar worked well enough but there were several times the buses were late or never showed up.

If you're a current or past college program cast member and would like to share your experience, email your name and role to thedisneyden@yahoo.com to participate!