What do you guys think? I'm personally quite excited to see an animated super hero movie. I'm glad they're kind of taking a break from the princess field for a little bit after all the Frozen hype...plus, super heroes are more my style. ;)
Posted by Sara at 11:00 AM 2 comments:

Disneybounding in Disneyland! (Part One)

Something I've really grown to enjoy doing in the parks (or sometimes just any day for fun) is Disneybound. If you're not familiar with Disneybounding, it's when you create your outfit similar to something related to Disney. The most common Disneybounds are modeled after various characters, such as Mickey, Ariel, or Anna and Elsa. Sometimes you can even dress similarly to Disney attractions or resorts! (I've seen a Tower of Terror Disneybound that I'm dying to try!)

Since I started working in Disneyland and coming to the parks for fun on my days off, I've Disneybounded twice with different friends. The first time I took my roommates into the parks for fun for my roommate Diana's birthday. Each of us had a Disneybound for a different character that we pulled together the night before. I was actually really impressed with what we were able to create! 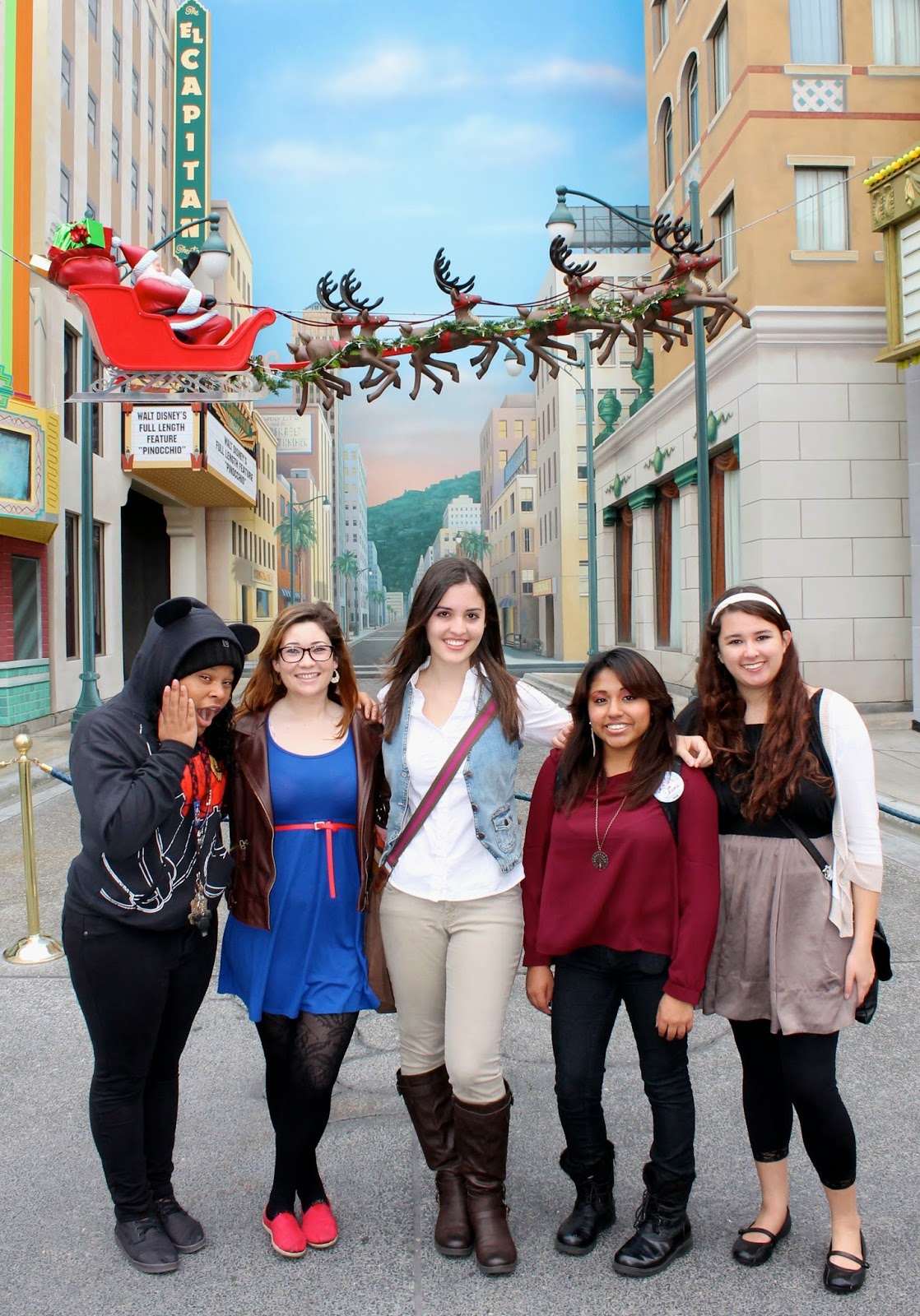 (From left to right) Erin was Mickey Mouse with her sweatshirt, Emily was the Genie from Aladdin, I was Flynn Rider, Diana was Killian Jones/Captain Hook from Once Upon a Time, and Imani was Briar Rose. Unfortunately, I wasn't able to get an actual picture with Flynn because his line was way too long by the time we were done watching the Beauty and the Beast show in Fantasy Faire. We made do with what we could, and I found these posters of Flynn and even tried to smolder! (Keyword: tried) My second Disneybound attempt in Disneyland was when my lovely friend Raisa came to visit. She was Bounding as Anastasia Tremaine from Cinderella, and I was finally able to dress up as my favorite character: Megara from Hercules! 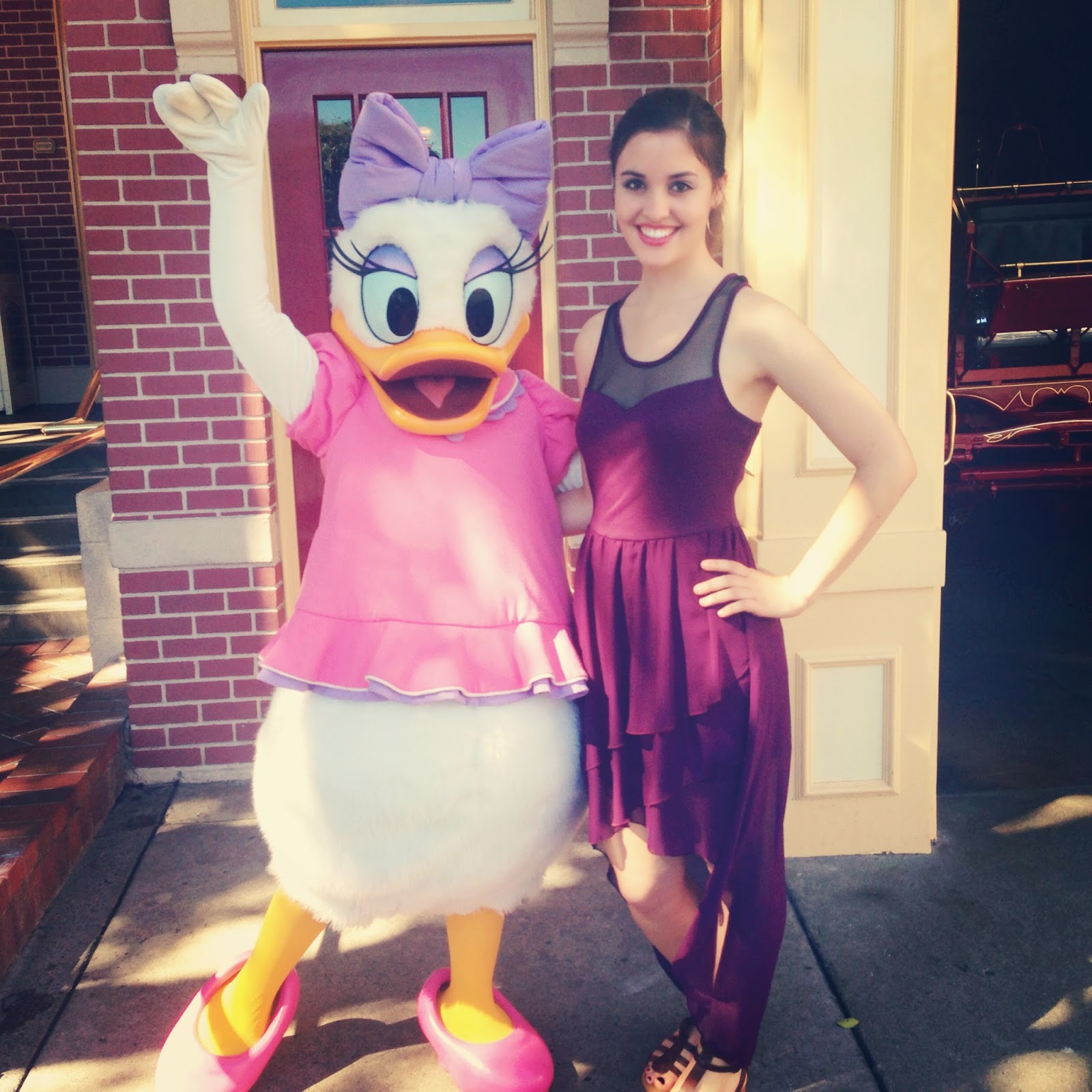 I actually bought this dress last year for Dapper Day during my college program, but decided it wasn't necessarily "dapper" compared to some other dresses I found afterwards. It was rather difficult to re-create Meg's massive ponytail and curls on such a hot day, but I tried my best! (It looked better before this picture with Daisy.)

The Tremaines recognized Raisa's Disneybound immediately. I may have mentioned this before, but if you ever have the chance to meet these crazy sisters, do it! They're so entertaining to interact with and meet.

On this same day I actually was able to finally meet my wonderful friend Tera! She was visiting Disneyland for her first time with some of her friends, and they all decided to Disneybound as well! We had dinner at Ariel's Grotto, got to meet all the princesses, rode a few rides, visited Mad T, watched World of Color, and SPRINTED to Big Thunder with one of my coworkers to cast preview the attraction before it opened back up to the public! It was so much fun!


Disneybounding has definitely become one of my favorite things to do in the parks. It's so much fun dressing as some of your favorite Disney characters with clothes you just happen to find in your closet or casually come across at the mall. It's a super fun way to interact with characters if they recognize your outfit, as well as when other cast members notice you dressed as a certain character!

I felt like this was an appropriate post to share on Disney's official "Rock Your Disney Side" 24 hour event today. If you're braving the parks, make sure you stop by Monsters Inc, Mike & Sulley to the Rescue tonight to see me! I have a full on graveyard shift until 5:30 in the morning....wish me luck, and have fun everyone!
Posted by Sara at 4:00 PM 2 comments: